There are so many types of “forcing it.” I have addressed several already, in the precursors to this post: 1, 2, 3, and 4. I have suggested that as a general rule, subject to some exceptions of course, we should focus our attention on ourselves when forcing things (i.e. self-discipline) and we should not impose our wills and standards on others – “forcing it” on those unwilling. I attempted to show that God Himself set the example on this point, subject to some exceptions, and I would now climb out on a limb to say that God should be granted more latitude (as if I can grant something to God. . .) in forcing anything than I would dare claim.

I’ll mention the easy side of the equation first just to get it out of the way. “Forcing it” on yourself most often brings good consequences. Self-discipline brings better fitness, stronger mind, spiritual strength, and peace of mind. Those things promote better relations with others, less stress, and a calmer temperament. Of course there are always exceptions, so I’ll acknowledge that sometimes people force themselves to acquire the taste for alcohol or drugs, or tobacco, or who knows what, to their detriment, so “forcing it” upon yourself is not always all good all the time. It does seem that self-force is more good than bad though.

But “forcing it” on others – I think that’s easily more bad than good. In fact, the biggest problem of the negative self-forcing mentioned above is what these vices often force on loved ones. Think about it one step at a time:

Ever known one of those guys who insisted on being called by his title, even in informal settings? “That’s DR. Smith, young man,” or “I’m JUDGE Brown to you,” or maybe even “I’ll have you address me as QUEEN Elizabeth, not Beth.” The title doesn’t actually confer anymore dignity or respect when spoken, but I believe that while one feels more respected, the other feels belittled, and often a little resentful as a result. But that’s a minor issue compared to the next.

Although I’m not convinced there is such a thing as forced love, it’s not for people’s lack of effort. There are multiple types and degrees of trying to force love: Rape gets you 10-40 or life in prison. Kidnapping, same sentence. Stalking and a variety of other offenses in which one person insists on a relation that isn’t welcome all come with criminal penalties. Because society doesn’t approve of “forcing it,” usually. But it doesn’t have to come in such a harsh package as a crime. 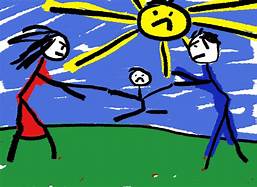 We find efforts at forced love in custody battles and domestic abuse cases. Some of these don’t rise to the level of criminal activity but they come awfully close.

Forced allegiance is where I started with Episode 1 and the NFL. I don’t think we should try to force allegiance anymore than respect or love. Not because I don’t care if people are loyal or not, but because I think America should know who isn’t. Forced allegiance places masks on those who withhold their loyalty.

Forced religion. This is as bad as any, but accepted far more. But I have a meeting to attend, so I’ll get to that soon.

6 thoughts on “the consequence of forcing it”