In the first year of law school, I began to grasp the significance of words and their specific meanings, and began to practice using them more carefully. On one hand they cannot do the physical harm that sticks and stones can. On the other hand they leave wounds that do not heal as well as flesh does, and words are often the precursor to physical violence. So carefully choosing words and defining terms is HUGE.

The words “racist” and “racism” originated from the french “racisme” and came into common continuous use in the vocabulary of Nazi theories and literature in the mid 1930s. The Nazis did not use it in the more modern negative sense. With that said, the word was not in use at all in the 1800s in the United States, although the concept was certainly present.

My 1977 school dictionary defines racism as “a doctrine or belief that one race, especially one’s own, is superior to another.” (emphasis added)

My 1992 Webster’s dictionary adds to the definition: “the assumption that the characteristics or abilities of an individual are determined by race and that one race is biologically superior to another.” (emphasis added again)

So in its original use, the word “racist” was seen as a reasonable characteristic by the people using the word. Now the word is derogatory – something generally denied even if accurately used. In the 70s it was a belief; in the 90s it was an assumption, and now it is a prejudice. My, how things evolve, or devolve. This definition is man made and changes over time. “Racism” is not alone though. Other words that have been or are being morphed over time are “Marriage” and “Person.” I’ll get to those later.

Medgar Evers was born on July 2, 1925, in Decatur, Mississippi. He fought as part of the U.S. Army in 1943 in both France and Germany during World War II, and received an honorable discharge in 1946. He graduated from Alcorn State University in 1952 and began working as an insurance salesman during a time when he could not use the same bathroom, dining counters, or even bus seats as people with lighter skin. He became involved in the Regional Council of Negro Leadership, and this was his first experience as a civil rights organizer. He spearheaded the group’s boycott against gas stations that refused to let blacks use their restrooms.
Mr. Evers applied to the University of Mississippi Law School in February 1954. After being rejected, he volunteered to help the NAACP try to integrate the university with a lawsuit. Thurgood Marshall served as his attorney for this legal challenge to racial discrimination. That case was part of the jurisprudence that led up to the famous Brown v. Board of Education opinion. This decision legally ended segregation of schools, but it was slow in application.
Mr. Evers, no doubt, believed that black lives matter just like white lives or any other lives, and he proved it with his own life. In 1954, Mr. Evers became the first field secretary for the NAACP in Mississippi. He moved with his family to Jackson, Mississippi and led demonstrations and economic boycotts of white-owned companies that practiced discrimination. Mr. Evers was one of Mississippi’s most prominent civil rights activists, and that’s what made him and his family the subject of numerous threats and violent actions over the years, including a firebombing of their house in 1963.At 12:40 a.m. on June 12, 1963, Mr. Evers was shot in the back in the driveway of his home in Jackson.Mr. Evers was buried with full military honors in Arlington National Cemetery. The national outrage over Mr. Evers’s murder increased support for legislation that would become the Civil Rights Act of 1964. His life did matter, not because of the color of his skin, but because he was a human. Further though, because he took responsibility for himself and his family and stood not so much for rights as for right.Byron DeLa Beckwith was tried for the murder in the early 60s. In spite of his fingerprints being found on the scope of Enfield rifle found near the crime scene and several eye-witnesses placing him at the scene, after the Mississippi Governor came to the courtroom and shook his hand in front of the all white jury, he was acquitted.Prosecutor Bobby DeLaughter brought Beckwith to trial again in 1994, while I was in Jackson for law school. As a future criminal defense attorney, I skipped classes to attend much of the trial, watching from balcony seats close to Mr. Ever’s widow. I was privileged to witness the portions of the trial dealing with the Enfield rifle and the ballistics testing accomplished after the state exhumed Mr. Evers’ body.

How did racism fit into all this? Seems obvious doesn’t it? I saw pure, unmitigated hatred in Byron DeLa Beckwith. He seemed to fit into every definition of the word racist or racism, as he clearly believed his race to be superior to Mr. Evers’. But what about the others in the room? 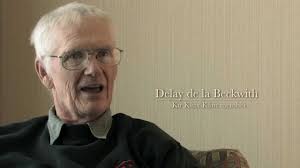 A few years ago I traveled to Mobile, AL to do some work. At one point at the hotel, I was the sole white guy in an elevator full of black men and women dressed in their best for a Mardi Gras event. This was shortly after the time of the riots in Ferguson, Missouri, and I greeted someone in the crowded elevator. An elderly lady made a statement questioning whether I would hurt black people if I weren’t the minority at the moment. I would never call her a racist by any older definition, but she expressed a prejudice against me because of what she had been seeing on the news.

Many of the white people the Evers family ever dealt with, especially in the judicial system, apparently believed the “white race” to be superior to the “black race,” whatever that really means.  Byron DeLa Beckwith, and maybe the jury and even the Governor of Mississippi during the first trials, seemed unable or unwilling to see past Mr. Evers’ combat service and other positive history. So if the Evers family assumed me to be just like the other whites they had ever dealt with, would that be racism or prejudice, or does it even matter?

Racism – the belief or assumption that one’s “race” is superior – is an ideological plague. I believe it is passed down from generation to generation in many races. No one race has a monopoly on it. It is rumored to be prevalent among the Japanese in their own country, it is reportedly found among Arabs and Muslims, and it is certainly prevalent among Anglo-Saxons. I can imagine why some would try to justify it, but I would disagree. In my opinion, adults should be able to figure out that no one race is biologically superior even if they were raised to think otherwise.

Prejudice is different. Prejudice, maybe, is a precursor to or a symptom of Racism, but not Racism itself.  I can excuse prejudice (some – not all) on either side of the fence, based on an individual’s life experiences – below. Where racism is largely an inexcusable mindset among adults, prejudice is more a matter of reasoning. Let’s look at two types of reasoning.

Inductive reasoning moves from specific instances into a generalized conclusion: a man might remember several instances of being mistreated by men who wear hats, so he develops a distrust of men with hats.  Understandable, but questionable logic. Prejudice.

Deductive reasoning moves from generalized principles that are known to be true to a true and specific conclusion. Apples are fruits, Granny Smiths are apples, so a Granny Smith is a fruit. This is a frequently used justification for prejudice, but with a fault. “Black people are violent, Fred is black, so I’m reasonable to fear him.” While deductive reasoning is generally trustworthy, it is not if errant premises are used. The premise “black people are violent” is actually a conclusion of inductive reasoning, and faulty.

The reduction:  More and more people are being labeled as “racist” because they have prejudices. The fact that Ms. A has been sexually assaulted by Mr. B, or even heard Mr. B assaulted someone else, may understandably lead to her distrust of men in general. That would be prejudice, but it doesn’t mean she thinks all women are superior or even that all men are criminal. It is simply an overcautious position based on empirical knowledge. To label her as “sexist” because of this prejudice would be more unjust than her prejudice.

People will never conquer perfect reasoning, without the distractions of fears and other emotions, so I don’t believe prejudice will ever disappear.

Racism, however, is a more sinister enemy, and one that we should all work against. Where I find prejudices in myself, I should kill them rather than let them grow into Racism. At the same time, I shouldn’t villain-ize others for prejudices, so much as point out the flaw if they are open to it, as they may have experiences of which I know nothing. 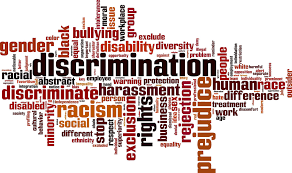 I feel like I should apologize for the complications above, but I believe a lot of the racial tension around us is due to the oversimplification of these issues, and the reckless use of words that have specific meanings.